My relationship with Jim Strauss began several years ago when Jim was a student in one of my photography classes. Through conversations during the class I found that Jim's profession and motivations were quite fascinating and sincere.

In the spring of 2001, our youngest son, Emerson, was diagnosed with retinoblastoma. This rare form of cancer would result in the loss of his right eye while in Philadelphia seeking the care of Dr. Carol Shields at the Wills Eye Hospital. This was our only option as the advanced stage of the disease, even at the tender age of eleven months, left us no choice. From diagnosis to the enucleation of Emerson's eye was three days. 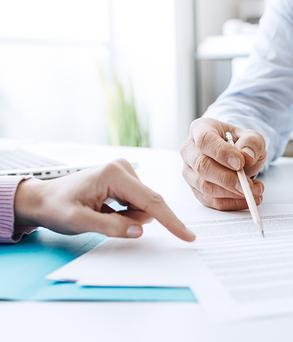 Michael.  I have 3 kids, and we live the American dream.  As a father, there is nothing more in the world I care about than my family.  It’s my job to protect them at all cost, and I would give anything for them.    We have been blessed in life with more than I could have ever imagined, and I am grateful and humbled every day for all I have.   It was almost 4 years ago now when my wife and I were hit with the absolute worse news a parent could ever receive.  Almost 4 years ago on a relatively normal day, a Dr. tells you your child has cancer.  The immediate shock, fear, and uncertainty hits you all at once, and you hit rock bottom trying to figure out what to do.  However, we again were on the lucky side and able to fix my son.  I know that we’re lucky because we were able to be treated at Memorial Sloan Kettering, where as you know my sons left eye was Enucleated due to Stage E Retinoblastoma.  This all happened 9 days from the time we first learned about his tumor, but we were happy to travel back and forth as needed to receive what we felt was the best treatment possible.  We are lucky because we also spent time on the 9th floor at Sloan, which is the pediatric cancer floor.  While there, you quickly understand that if you are able to address your child’s sickness and make it better, then you are fortunate because so many others aren’t able to, and lose the fight.  This is perspective!!!

That said, once you are beyond the sickness…then your focus turns to trying to make your child’s life as normal as possible, at least that was our choice anyway.  As you know, our initial experience with an alternative prosthetic office was less than favorable.  So again as a parent, my wife and I needed to try an alternative.  We live in Buffalo, and made visits to your office and immediately became comfortable with you, and your procedure.  More importantly, YOU.   Starting with your willingness to travel from Rochester to Children’s Hospital in Buffalo to take a mold while my son was having an EUA.  This helped tremendously because our previous experience was just terrible with the amount of stress my son endured going through the fittings.   Minimizing that stress, was extremely important to me.  We finished our prosthetic with you late in December of 2013, and I just wanted to ensure you are aware that we still absolutely love it.  You have made a direct impact to my families lives being as normal as possible.  My son Nick plays soccer, baseball, golf, and pretty much anything else that a typical 6 year old boy does outdoors to stay active and busy.   Like it or not…you’re part of our lives now, and I’m sure will be for some time to come as Nick grows.   Although I’m sure we’ll have times in which we ask for more perfection (apologize in advance for that possible future eventJ), I want to thank you for making this experience as close to perfection as one can expect.   We are grateful for the work that you do.   I should have wrote this thank you note much sooner as there isn’t a day that goes by without thinking about it, however today was the day that put me over the edge to write this note,  as today Nick brought home his school picture.  I have attached a copy for you, I hope that you can be proud of your work!!   We are extremely happy, and grateful for allowing my son to be as normal as possible.  It’s not just an eye to us, you gave him an ability to live a normal life.  There really is no words for the amount of gratitude we have for you, please just know that we are forever grateful for the work you do!  Thank you, Thank you, Thank you,

Our lives had turned upside-down. Period.

The staff at the oncology department of Wills Eye Hospital informed us that we would need the services of an ocularist. Not a term that one recognizes unless they had been exposed to the profession at some point in their lives. Standing in the office I remembered that I actually knew an ocularist. The staff doubted my revelation as ocularists are few and far between. When I assured them that I did know one in Rochester, New York without hesitation they said, " You must mean Jim Strauss." Yes! I was right but what now.

We had again made contact but not in the most desirable of circumstances. We've all seen fake eyes because they look like fake eyes. My concern was put at ease after our first appointment with Jim, as the caliber of his work was apparent as I sat in the waiting room looking for the fake eyes. I didn't see any.

The professionalism of Strauss Eye Prosthetics was only surpassed by the caring nature shown to my son, my wife and I. Throughout the day, I felt at ease with the process at hand. As a photographer I am quite attune to things that are visual. The appearance of Emerson's eye was paramount As I came to learn there is more to the look of the eye, the fit is critical. This is when I saw the perfect blend of art and science.

The willingness of Jim to accommodate Emerson's needs became apparent when he met us at 5 A.M. at the hospital while Emerson was having an MRI. He did this because it was convenient for Emerson. Our son has always been treated with respect and as a child in need of a prosthetic eye not simply the next patient on the schedule.

Perhaps, much to Jim's dismay, Mike has become Emerson's new best buddy. " You know. Dad, the guy who makes my eyes", he says with a grin. Their superior craftsmanship not only provides a tangible prosthesis but perhaps more importantly a sense of normalcy, confidence and comfort for a child with one real eye and one created just for him.

We are forever grateful to the entire Strauss family.